How to tell your tires need to be replaced:
There are several vital things to look for when thinking about if it is time to change your tires. We will attempt to cover as many of them as possible, starting with the well-known penny test.
The penny test is a simple way to check if your treads have any life left in them or not. This easy test uses nothing more than a penny. Simply place the penny into the tread with Abe's head first. If the head is covered at all the tread is still good. To increase safety many suggest using a quarter instead of a penny.
When to inflate or deflate tires:
Correct tire pressure is another vital part of tire safety, some may argue it is in fact the most common reason for tire failures. Fear not though, it is a rather simple thing to keep track of. Let's talk a little bit about why it is so vital:
If you put too much air into the tire the tire can explode.
Not putting enough air into the tire causes the tread to wear out quicker and can lead to overheated tires. Look at the car manufacturer's recommendations to know where to keep your tires' pressure levels. Remember to check at least once a month.
Also, keep in mind that as temperatures drop so does the tire's pressure - nearly one PSI for every ten degrees. It is also essential to check your tires before they have been driven on for the day (or at least 3 hours after they have been driven on) as they will heat up and give a somewhat misleading readout due to the temperature increase.
Tire Pressure Monitoring System:
Tire Pressure monitoring systems became a requirement in 2008 for all new automobiles. If your car has a tire pressure monitoring system and the light has come on it suggests that at least one of your tires is below the necessary PSI and all tires should be looked at and properly inflated according to your car's guide book.
While Checking PSI:
Remember to keep an eye out for any objects that may be lodged in your tires and remove them. A quick glance at your tires may help you discover a potential issue before it causes some serious damage to your tires.
Rotate your tires:
Your car's manual should provide you with the recommended tire rotation frequency. If you can not find this or choose not to the typical tire rotation recommendation is to rotate every 6000 to 8000 miles. Many people choose to do this when they have their oil changed so they do not forget.
Tire Defects:
If you believe your tires are defective you should contact the seller as well as the manufacturer. After that you might also wish to report a suspected defect to the Government by calling the NHTSA at 888-327-4236. The NHTSA also catalogs all defects since 1972 and anyone may access them on their website.
What to do during a tire blowout:
What not to do in a tire blowout:
Despite your natural instincts, you should not slam on the brakes or let off the accelerator too quickly. This can force you to lose control. Letting go of the accelerator too quickly will move a significant amount of weight to the front tires and slamming on the brakes can cause a stability issue.
Final Thoughts
Hopefully this has helped explain why proper tire maintenance is so important. If the safety issues are not enough alone then consider this: five minutes could save you five-hundred dollars just be checking your tires regularly!
مرسلة بواسطة ahmed ryan في 11:42 م 0 التعليقات

Comparing Car Prices on the Web is a Wise Decision


Are you excited about getting a new car? Buying a new car is certainly a major purchasing decision that needs careful thought and research. There may be some people who need to buy a new car yet do not have much technical knowledge about automobiles or the auto industry. They may have little or no confidence when making decisions about a car purchase and find the whole buying process confusing and overwhelming.
That is why some form of independent help when making such a big buying decision can come in handy. Thankfully, there are online tools and resources that can help buyers find their ideal car at the best price. If buyers compare car prices online, this will help them arrive at the best decision. Price, after all, is a crucial factor. If you are embarking on your search for the perfect car, allot time to research and compare car prices online. Doing so might help you snag the best deals and garner substantial savings.
It is helpful to create a list of car models that interest you. Prepare a sheet of paper or use a word-processing document or spreadsheet to make notes. As you compare car prices online, note down the make and model of every car that you are considering, as well as its base manufacturer's suggested retail price, otherwise known as MSRP.
The first place you should visit when you want to compare car prices online is the auto manufacturer's website. If, for example, you have a particular Ford model in mind, you can visit Ford.com. When you browse the manufacturer's website, you will also get an accurate list of a car's standard features and other detailed information. Note the total MSRP of the car model you are interested in. You can also search the manufacturer's website for any special offers and promotions. You might find a list of national and local offers, including cash-back offers and special interest rates.
The manufacturer's website typically provides an online utility that gives you an option to e-mail local dealers to get a quote. In your e-mail message, ask dealers if they are willing to offer a better deal. When you get a response, present the lowest offer to other dealers to see if they can even go lower. By e-mailing different dealers for prices, they will compete with each other and you can get the lowest possible price.
There are other websites that allow you to compare car prices online in a simple and quick process. Edmunds.com, for example, is an automotive information website that provides a pricing system to help buyers get the best deal. Buyers can determine the national base price, the price with installed options, the True Market Value, as well as price quotes from local dealers. The Kelley Blue Book website Kbb.com also gives free dealer price quotes for both used and new cars. The Yahoo! Autos website Autos.Yahoo.com also lets buyers search for car prices and find car dealers by make and location.
Extra effort and resourcefulness can go a long way. Compare car prices online so you can make a well-informed decision and get the best value on your new car purchase.
مرسلة بواسطة ahmed ryan في 11:23 م 0 التعليقات

Cars From the Future - BMW X1


The BMW X1 is most definitely one of those instances when the advertising blurb says cars from the future; it actually is one of those cars from the future. A compact and inspiring interpretation of a crossover theme, which blends all the virtues of SUV motoring, with an elevated driving position and four wheel drive traction system, combining with all the performance and handling you have come to expect from a sporty coupe.
Fuel economy and handling for a vehicle of this size is remarkably agile and precise, and very comfortable to drive, and for a larger, heavier four wheel drive vehicle, fuel economy is surprisingly good. The top of the range three liter model goes from zero to sixty in just under seven seconds, coupled with a return of about twenty eight miles per gallon, and keeps this new BMW X 1 well out of the class of gas guzzlers. Top speed is limited to one hundred and fifty miles per hour. It is very similar to the BMW 3 series wagon, but costs considerably less.
Another thing is that for a large vehicle such as this, it is a great deal of fun to drive, as well as being practical with large luggage space, and interior space for comfortably 5 persons. With wider doors, enabling easier entry and exit, and fold down rear seats, it really is very versatile. And as an optional extra, there is a power assisted tail gate.
The X1 also has a revised rear-biased "xDrive" four-wheel-drive system that has been totally recalibrated to enable the X1 to handle with the same ambition and finesse as a typical compact sports coupe. Handling is infinitely better than the X3, and it also comes with a smaller price tag.
First appearance gives the impression externally of a BMW X3, but in reality is has its roots firmly in the BMW 3 series, with the interior décor and layout. The windscreen is more steeply raked, and it has a mega BMW kidney shaped grill. Internally, there is plenty of room for five "good sized adults" and accompanying luggage.
The BMW X1 is available in five model variants, all with four-cylinder diesel engines. They are available in a choice of two or four wheel drive, depending on the engine size and specification, and varying engine sizes from a basic one point eight liter to a monster three liter version, and all are diesel powered, and all have fitted as standard a adding an edge to fuel economy figures. All the range have a six speed gear box, with the top of the range model having a Sport automatic gearbox with finger tip controls as standard.
There is little doubt that when BMW says it will deliver cars from the future, it does.
Functionality, good looks, and the renowned quality of engineering that is BMW's stock in trade, means this X1 is a sure fire winner, and will go from strength to strength.
مرسلة بواسطة ahmed ryan في 11:17 م 0 التعليقات 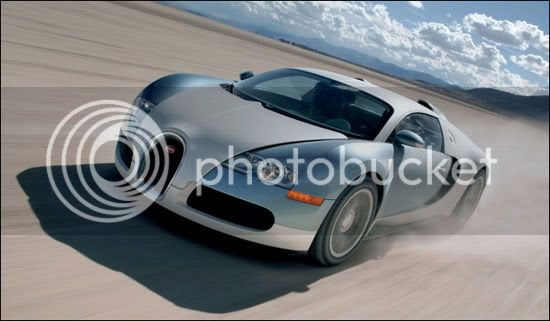